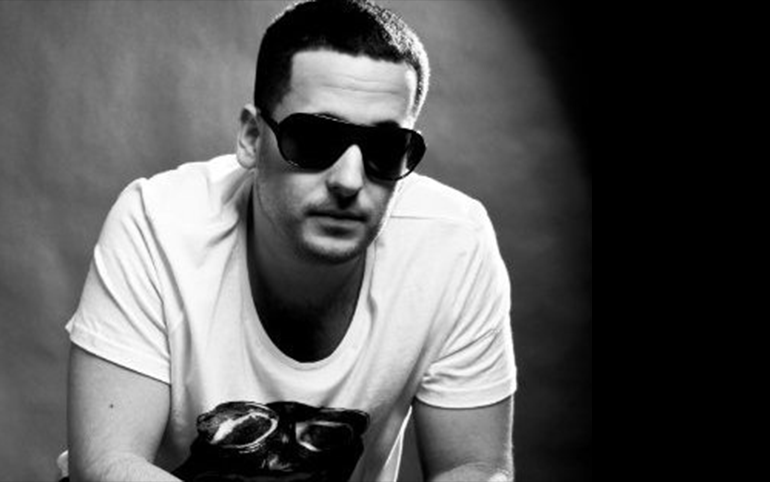 Musician, music producer and one half of 1Way TKT, J. Glaze has performed with and for major artists like Young Money, A Tribe Called Quest, and Wu-Tang Clan.

180S: You have produced for hip-hop royalty, such as Wu-Tang Clan, A Tribe Called Quest, and DJ Whoo-Kid, as well as meriting a gold record for Young Money’s, “We Are Young Money”. What would you say are the differences and similarities in working with independent artists versus those signed to major labels?

JG:   The creative processes are similar, aside from more people being involved when working for major labels. An independent record might be written by one or two people, while a major record label often has as many as 10 writers. Additionally, there are other people involved in major record labels, like vocal coaches, managers, A+R’s, CEOs, etc. The studio can get a bit crowded, physically, spiritually, and egotistically. Otherwise, most of the differences occur once the record is complete. There are pros and cons to both. Working for a label comes with a bigger budget for production, music videos, promotion, etc., but with that comes a lot of red tape and often, “too many chefs in the kitchen.” A song submitted to a major label has to be approved by about a dozen people. It makes for quality songs, but it can also stifle the creative process. At the end of the day, it’s the producer’s job to make sure that everybody walks away happy with the product, and it is a huge balancing act. I like both, but my favorite creative environment is still just me and the artist working alone, doing whatever we feel is best. That’s why I started 1WayTKT with my partner, DJ U-Kno.

180S: You also play the keys and the horn. How did you & DJ U-Kno find your sound as a duo? Take us through your general creative process.

JG:   It’s actually an ongoing process. Sound evolves over time, like fashion, but we always make it a priority to focus on making timeless, quality songs, rather than getting too caught up with fads that fade quickly. We also try to focus our sound around certain skills that make us unique. Like when I play live horns, I also re-sample them to make them more unique. Or when DJ U-Kno beatboxes or emcees over a track. We both have backgrounds in hip-hop, so that plays a huge role. At the moment, we are settling into a smooth, soulful, groovy vibe, but we also enjoy making “in your face,” aggressive club bangers too. We think it’s important not to box ourselves in. As far as a general creative process, every song is a bit different. Sometimes we start with a synth, sometimes drums, sometimes a vocal, sometimes horn, etc. It keeps the process fresh. Plus, it’s hard to predict where the inspiration will come from. I sampled a Clorox bleach commercial the other night.

180S: You have performed with other acts, opening for Talib Kweli, Method Man, Nas, Kid Cudi, and LMFAO. How do you navigate your chemistry with DJ U-Kno on stage and transition back to the studio?

JG:   Even though 1WayTKT is a new project for us, DJ U-Kno and I have been making music together for a very long time. When we were kids, he was in the first hip-hop group I ever produced. And before that, we were playing together in the school band. When you go back with somebody that far, you learn to communicate without using words on stage. A look here, a glance there, a nod… And we jam a lot. In the studio we maintain a healthy chemistry by communicating effectively and being open to trying new things. Since we both engineer, it is pretty easy for us to discuss specific things that may or may not be working about a particular idea.

180S: How do you promote 1WayTKT to the NYC audience, and what obstacles have you come across while doing so?

JG:   Building a brand from the ground up is never easy. It’s a slow process, but this is a passion project for us, so we look forward to grinding it out. We recently hired a PR company to take over our online campaign. That can be costly, but when you believe in your product, you just have to roll the dice. We also have a close friend, Christina Larocca, who runs a booking agency in NYC. She has helped us get our feet wet in the live scene. As a DJ act, we constantly have to decide between DJing, in the traditional sense of just playing music, and being booked as an “act” where we perform our own songs and play instruments. We prefer the latter.

180S: You have managed your own career for some time now. When do you think it’s the right time for an artist to seek management?

JG:   Artists are constantly faced with a decision of whether to spend time on their craft or their business. Eventually, business should be occurring so often and consistently that having someone else manage the business allows the artist to focus more on creating, or producing, or whatever. There is no set benchmark for when this should occur. I think it is at the pace of every artist and how well they are able to run their own business. Some artists are more responsible and business-minded than others. I went to business school, so for me to sign with a management company, they would have to be extremely dialed-in to the types of relationships that would benefit me. I’m not as interested in a day-to-day business manager because I already have that part figured out.

I don’t think management is ever something an artist should seek out. An unknown act has little leverage, so if they rush the process, they will likely get the short end of the stick. Either that or find themselves settling for someone who is inexperienced and brings little to the table. It is great finding someone that will build with an act from the ground up, but those people are not always the right people for the job. The bottom line is, in today’s market, margins are slim, so it is increasingly important to be as self-sufficient as possible for as long as possible.

180S: Besides producing and performing, you’ve been making quite a name for yourself as a mix engineer. What makes a song tedious to mix?

JG:   It’s all about the production, more specifically, arrangement and sound selection. If a song is well put together, it tends to be a smooth process. I’m not saying it needs to be perfect, but I can definitely tell when an artist/producer put adequate work into a song. Arrangement can describe whether a song is minimalistic and stripped down or very layered and overproduced. And I know this might seem counterintuitive, but even a stripped down song, with only a few parts, can be difficult to mix if those few parts aren’t carefully chosen, which brings us to sound selection. Seasoned producers choose sounds from the start that fill the sonic spectrum properly. When a song is arranged with this in mind, the mix usually comes together with ease. That’s the main reason I avoid mixing records that I don’t produce.

180S: Are there certain brands or types of equipment that you are partial to?

JG:   Yes, definitely. I love Fab-Filter, Soundtoys, and Waves plug-ins. I like my Yamaha speakers, but more important than the speaker brand is having various types of speakers to quickly reference through. I have six pairs of speakers in my studio. That really helps me understand my room. I also love my Apogee Duet interface. And Apple products of course, like most people.

180S: What can we look forward to seeing from 1WayTKT & J. Glaze in the near future?

JG:   I’ve got a couple projects coming out that I’m really looking forward to. I produced an entire album of remixes dropping with Pittsburgh rapper Kellee Maize. I also have a few records in the pipeline with European TV star Celeste Buckingham. I scored a movie directed by the legendary Frank Henelotter that is slated to be released this winter. And I have more 1WayTKT bangers on deck than I know what to do with. It’s going to be busy the next couple months.

180S: Where can our community connect with you and find your music?

JG:   They can connect with me and find my music at www.jglazeproductions.com and www.1waytkt.com.

J. Glaze can also be found on Twitter at @jglaze84